With the new Trump Tax Bill and rising interest rates, California residents are curious to know what’s in store for the upcoming year. With Hemlane’s headquarters in San Francisco, we figured it would be a good idea to post a real estate article specific to California’s real estate market and the predictions for 2018 and 2019.

A big shout out to our friend, Carmen Miranda, who recently came back from the California Economic Summit with the California Association of Realtors (CAR) economists. Her key takeaway from the conference was that 2018 will be a good year in real estate but rising interest rates will affect affordability. 30 year interest rates were at 3.75 percent in December 2017, but they are now getting to 4.25 percent.

Carmen mentions that California will start to see a slowdown in real estate growth and appreciation, entering 2018 and 2019. A lack of inventory has resulted in a higher amount of offers in past months. However, more houses are up for sale in early 2018 as some sellers are anticipating a changing market. Carmen closed her reflection on the summit with: "lack of competition sets the sale price.

The 30 year interest rates stayed at 3.75 percent up until December 2017, whereas now these interest rates have reached 4.25 percent according to the Bank of America rate. You can expect that what is projected to be a strong year in real estate will be affected by these rising interest rates. This increase in interest rates will also affect buyers’ purchasing power. If you are a buyer or thinking to become one, you might want to reconsider. In addition to the increasing interest rates, inflation is also projected to rise and the graph below illustrates this growth.

Another factor that has a direct impact on the housing market is the tax reform. This impact can be divided into four main areas:

There are also some provisions to real estate professionals as a result of the tax reform that should be taken into account:

To read more about the recent tax reform, here is an article on the impact of the new tax bill on real estate.

The anticipation by some sellers regarding a shift in the market has caused slight more inventory on the market earlier in the year than predicted. The increasing amount of offers was a results of lack of inventory, which was a result of fewer units turning over. Homeowners are not moving out at the pace they were in the past. The reason can arise from several changes in the market: low property taxes, capital gains, demographic shift, and low rate on current mortgage. The graph below shows the housing turnover rate of single-family homes. Inventory is predicted to increase in the upcoming years.

In November 2017, the Bay Area reached a new price peak. After the 2009 recession and the sharp price drop that followed, the Bay Area experienced a relatively consistent increase in prices leading to the price peak of $910,350 that occured this last November. The table below illustrates the price changes over the past 13 years starting in 2004.

California unemployment rates have reached 4.6%, which is the lowest rate in the past 27 years. This can also be related to the high consumer confidence level, which slipped in December to 122.1 but has climbed back to a high level.

According to the California Association of Realtors (CAR) , the U.S. GDP is expected to increase from 2.1 percent to 2.3 percent along with an increase in the CPI from 2.0 percent to 2.2 percent between 2017 to 2018. The nonfarm job growth is expected to decrease from 1.4 percent to 1.2 percent as well as a decrease in the unemployment rate from 4.4 percent down to 4.2 percent over that same period of time. In addition to that, a relatively high growth is projected in the real disposable income percentage from 2.1percent in 2017 to 3.0 percent in 2018. The 30 year fixed rate mortgage (FRM) is also expected to increase during this period from 4.0 percent to 4.3 percent.

In order to make better economic decisions that relate to the housing market, track these factors and be aware of any changes. You can never be too knowledgeable when it comes to changes in the real estate investing market. The more you know, the smarter your decisions will be. 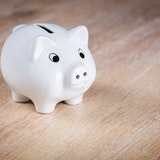 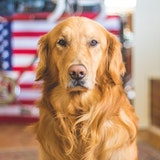 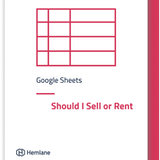 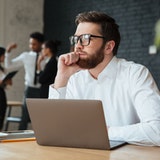